Killing in war often triggers a moral conflict in veterans that can damage their self-image, relationships and spirituality, according to a study by UCSF researchers at the UCSF-affiliated San Francisco Veterans Affairs Medical Center. 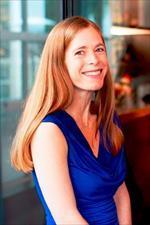 Maguen’s earlier research—supported by the Veterans Health Research Institute-NCIRE—has linked killing in combat with PTSD, depression and suicide. The new study, published in the October 2016 issue of Counseling Psychologist, further investigates the moral injury suffered by veterans who have killed and the stigma they carry.

Although not all veterans who have taken a life suffer guilt or mental health consequences, Maguen said the growing number of veterans seeking mental health services suggest that high numbers of veterans are experiencing moral injury. The researchers urged the public and health care workers to allow veterans to express themselves to help them work through these conflicts.

“Civilians, including mental health professionals, have an opportunity and an obligation to better understand veterans’ experiences and to join them in confronting difficult truths about the violence of war, its meaning and its consequences,” they stated in the paper. “In doing so, we can begin to break through the postwar silence that masks moral injury, sustains isolation and reinforces trauma.”

Maguen and the study’s first author Natalie Purcell, PhD, who directs the Patient Centered Care Program at the SFVAHCS, have initiated research, outreach and model therapies for veterans with moral injury. These are coordinated with PTSD and general psychiatry programs.

Program aims to lessen the emotion burden of deadly combat

Their Impact of Killing (IOK) treatment program emphasizes self-forgiveness and helping veterans make amends, heal relationships, plan for their future and move forward. Exercises include discussion groups with fellow veterans and writing letters to the person they killed. Veterans and their advocates are also encouraged to build bridges especially to the spiritual community, which is increasingly concerned and sympathetic to the veterans’ plight and moral injury.

“It’s clear that helping veterans work through their experiences calls for tremendous sensitivity, empathy and patience,” said Purcell, assistant adjunct professor of social and behavioral sciences in the UCSF School of Nursing.

The study was based on focus group and individual interviews with 26 war veterans who had killed or believed that their combat actions caused the death of others. Eighteen were Vietnam veterans and eight were deployed in Iraq. They described how they felt after killing in combat and some opened up about hidden agonies.

One veteran put it this way: “All I knew is I hurt inside and I didn’t know why, you know? I didn’t know why I should feel so bad if I didn’t do anything wrong. I was not a baby killer. I was not—I did my job. I did what everybody else did. But always that nagging question, why do I hurt like this?”

Isolation was a common theme throughout the study, as many veterans felt civilians could not understand or relate their experiences.  [Photo: Petty Officer 1st Class Molly A. Burgess, USN]

Most veterans said that killing was the most challenging war experience to talk about, but it was the topic they were asked about most frequently by others.

“Many veterans feared that, if they talked about killing, they would be judged or mischaracterized by other people’s notions of what it means to be a combat veteran,” Purcell said. “Being asked about killing left many veterans feeling anxious, isolated and even angry because most felt that someone who did not serve in war could not possibly understand what it was like to kill.”

She said many veterans also described feeling guilt and shame about their experiences, while others felt numb after being exposed to so much killing and death in combat.

Many described confronting a “dark side” of themselves that they did not know existed before they had killed in combat. Purcell said that for some veterans, this disrupted their sense of identity, making it difficult for them to see themselves as good.

Isolation was a common theme, as many veterans felt civilians could not understand or relate their experiences. Some found it hard to get close to others because they had to hide that they killed in combat.

Commenting on these feelings, one veteran said, “Getting close to people—been a big issue for—caused me to get a divorce, the agitation, irritability through all those years and not really talking to my ex-wife or kids at that time.”

Many veterans wanted to avoid any reminders of their combat experience, and they turned to alcohol or isolated themselves from others.

Despite the depths of their wounds, Purcell said that many veterans found, especially when they were able to connect with other veterans, that talking about their experiences eventually became a source of healing, as did volunteering to help others.

Hinshaw elected to American Academy of Arts and Sciences