Neurons that promote wakefulness in the brain of an Alzheimer's patient (green). There are far fewer functioning neurons that would be seen in a healthy brain, indicating that the awake system is weakened in this patient. Image by Grinberg Lab

The lethargy that many Alzheimer’s patients experience is caused not by a lack of sleep, but rather by the degeneration of a type of neuron that keeps us awake, according to a study that also confirms the tau protein is behind that neurodegeneration.

The study’s findings contradict the common notion that Alzheimer’s patients sleep during the day to make up for a bad night of sleep and point toward potential therapies to help these patients feel more awake.

The data came from study participants who were patients at UC San Francisco’s Memory and Aging Center and volunteered to have their sleep monitored with electroencephalogram (EEG) and donate their brains after they died.

Being able to compare the study participants’ sleep data with microscopic views of their post-mortem brain tissue was the key to answering a question that scientists have been pondering for years. 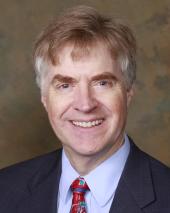 “We were able to prove what our previous research had been pointing to – that in Alzheimer’s patients who need to nap all the time, the disease has damaged the neurons that keep them awake,” said Lea Grinberg, MD, PhD, a neuropathologist who, along with psychiatrist Thomas Neylan, MD, is a senior author on the study, which appears in the April 4, 2022, issue of JAMA Neurology.

“It’s not that these patients are tired during the day because they didn’t sleep at night,” noted Grinberg. “It’s that the system in their brain that would keep them awake is gone.”

The opposite phenomenon occurs in patients with other neurodegenerative conditions, such as progressive supranuclear palsy (PSP), who were also included in the study. Those patients have damage to the neurons that make them feel tired, so they are unable to sleep and become sleep deprived.

Grinberg’s team developed the hypothesis that Alzheimer’s patients were having trouble staying awake, after discovering a set of neurons that keep us awake and that are affected in Alzheimer’s from the onset of the disease.

“You can think of this system as a switch with wake-promoting neurons and sleep-promoting neurons, each tied to neurons controlling circadian rhythms,” said Joseph Oh, a medical student and one of the lead authors. “Finally, with this post-mortem tissue, we’ve been able to confirm that this switch, which is known to exist in model animals, also exists in humans and governs our sleep and awake cycles.”

Oh describes these neurons as “extremely smart” because they can produce an array of neurotransmitters and can excite, inhibit, and modulate other nerve cells.

“It’s a small number of neurons but their computational capabilities are incredible,” Oh said. “When these cells are affected by disease, it can have a huge effect on sleep.”

3-dimensional reconstruction of the human hypothalamus, where the sleep-awake system is located. Image by Grinberg Lab

To determine what’s contributing to the degradation of these neurons in Alzheimer’s, the researchers looked at the brains of 33 patients with Alzheimer’s, 20 with PSP, and 32 volunteers who’d had healthy brains through the end of life.

The team measured the amounts of two proteins often associated with the neurodegenerative process – beta amyloid and tau. Which of the two is more involved in disrupting sleep has been a long-disputed question, with most researchers crediting the sleep problems to beta-amyloid accumulation.

During sleep, the brain clears out the beta amyloid that accumulates during the day. When we can’t sleep, it builds up. So, Neylan said, since the PSP patients never sleep, she expected to see lots of the protein in their brains.

“But it turns out that they have none,” he said. “These findings confirm with direct evidence that tau is a critical driver of sleep disturbances.”

In patients with PSP, said Grinberg, this understanding turned the treatment paradigm on its head.

“We see that these patients can’t sleep because there is nothing telling the ‘awake’ neurons to shut down,” she said. “Now, rather than trying to induce these people to sleep, the idea is to shut down the system that’s keeping them awake.”

That idea is currently being tested in a clinical trial of patients with PSP, using a treatment that specifically targets the overactive “awake” system that keeps these patients from sleeping. This approach contrasts with the traditional trial-and-error treatment with sleep medications.

At the helm of that trial is Christine Walsh, PhD, the study’s other lead author, who has also worked on the study for a decade. Noting that PSP and Alzheimer’s are at opposite ends of the sleep-disturbance spectrum, she said she expects the research to lead to new ways of treating sleep disturbances driven by neurodegeneration.

Treatments for Alzheimer’s could be adjusted depending on the patient’s needs, bumping up the “awake” system while tamping down the “sleep” system, said Walsh, who along with Grinberg, is a member of the UCSF Weill Institute for Neurosciences.

The PSP trial is still underway, and Walsh is highly optimistic that this new approach will have better results than current medications for people with either condition. Based on the findings of the study published today, she said, “We’re even more hopeful that we can actually make a difference in the lives of these patients.”

About UCSF Psychiatry and Behavioral Sciences

The UCSF Department of Psychiatry and Behavioral Sciences and the Langley Porter Psychiatric Institute are among the nation's foremost resources in the fields of child, adolescent, adult, and geriatric mental health. Together they constitute one of the largest departments in the UCSF School of Medicine and the UCSF Weill Institute for Neurosciences, with a mission focused on research (basic, translational, clinical), teaching, patient care, and public service.

The UCSF Weill Institute leverages UCSF’s unrivaled bench-to-bedside excellence in the neurosciences. It unites three UCSF departments—Psychiatry and Behavioral Sciences, Neurology, and Neurological Surgery—that are highly esteemed for both patient care and research, as well as the Neuroscience Graduate Program, a cross-disciplinary alliance of nearly 100 UCSF faculty members from 15 basic-science departments, as well as the UCSF Institute for Neurodegenerative Diseases, a multidisciplinary research center focused on finding effective treatments for Alzheimer’s disease, frontotemporal dementia, Parkinson’s disease, and other neurodegenerative disorders.

The University of California, San Francisco (UCSF) is exclusively focused on the health sciences and is dedicated to promoting health worldwide through advanced biomedical research, graduate-level education in the life sciences and health professions, and excellence in patient care. UCSF Health, which serves as UCSF’s primary academic medical center, includes top-ranked specialty hospitals and other clinical programs, and has affiliations throughout the Bay Area.