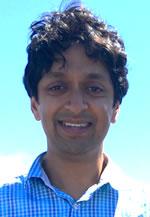 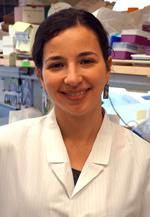 The two-year awards will provide them each with up to $70,000 for the purposes of extending their research fellowship training or fostering a career as an independent research faculty member. In addition, they will be eligible for consideration to present at the foundation's annual Scientific Symposium in New York.

NARSAD Young Investigator Grants are designed to help researchers launch their careers in neuroscience and psychiatric research and gather pilot data to apply for larger federal and university grants on research relevant to the understanding, treatment, and prevention of serious brain and behavior disorders such as schizophrenia, mood disorders, anxiety disorders, or child and adolescent mental illnesses. Since the program's founding in 1987, more 4,000 grants have been awarded totaling $244 million in funding, which in turn generation more than $2.4 billion in subsequent research funding.

This year, BBRF received more than 750 grant applications, of which 198 were awarded a total of $13.7 million in funding. Grant awardees were selected by the BBRF's world-renowned Scientific Council, which counts two Nobel Prize winners, four former directors of the National Institute of Mental Health, and nine UCSF Psychiatry faculty members among its ranks. The 2016 NARSAD Young Investigator Grant Selection Committee was co-chaired by the University of Rochester's Suzanne N. Haber, PhD, and UCSF Psychiatry's Judith M. Ford, PhD.

"NARSAD Young Investigator Grants enable early career scientists to garner pilot data for innovative ideas before they have ‘proof of concept’ for their work," said BBRF president and CEO Jeffrey Borenstein, MD. "After our initial funding, these scientists usually go on to receive additional funding from other sources at an average of 11 to 19 times their original NARSAD grant. Our grants offer the first critical backing of their work."

Molofsky, an assistant professor of psychiatry and principal investigator of the Molofsky Lab at UCSF, plans to use her grant to investigate how interactions between the immune system and nerve cells in the brain contribute to schizophrenia. Specifically, she will explore how unique populations of immune cells in the brain eat away at the connections between neurons in a process known as pruning, providing insight and potential new drug therapies for psychiatric diseases including schizophrenia and autism. She has received an NIH Mentored Clinical Scientist Research Career Development Award and was awarded a Burroughs Wellcome Fund Career Award for Medical Scientists in 2015.

Ramanathan, currently a postdoctoral fellow in the UCSF Laboratory of Plasticity & Neural Engineering, will investigate the specific neural circuits that underlie cognitive deficits in a rodent model of schizophrenia, using a new approach for simultaneous recordings across cortical, sub-cortical, and cerebellar brain regions. He will directly apply electrical stimulation to specific brain regions, at specific frequencies tailored to the neural deficits, seeking to learn the degree to which these interventions can normalize neural circuits and remediate cognitive deficits in schizophrenia. Ramanathan received the department's UCSF Psychiatry Trainee Research Award in 2015.

"NARSAD Young Investigator Grants have led to groundbreaking and important new research that has improved the lives of people living with mental illness, through enhanced treatments and therapies, and a better understanding of the causes of mental illness," said BBRF Scientific Council President Herbert Padres, MD. "These early career scientists are making great strides in basic research, new technologies, next generation therapies and early intervention techniques. This is the kind of out of the box research that will offer the best hope for change."

Other 2016 NARSAD Young Investigator Grant recipients from UCSF include Evan Feinberg, PhD, from the Department of Anatomy, Cheng Wang, MD, PhD at the Gladstone Institutes; and the Department of Pediatrics' Danielle Roubinov, PhD.

About the Brain & Behavior Research Foundation

The Brain & Behavior Research Foundation is committed to alleviating the suffering caused by mental illness by awarding grants to scientists and researchers that will in turn lead to advances and breakthroughs in scientific research. Funded through private contributions; the foundation invests 100% of donor contributions for research directly into its NARSAD Grants. For more information, visit www.bbrfoundation.org.

Abram selected as a 2021 Grunfeld Scholar